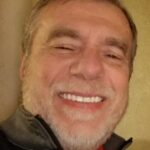 A wireless leader, visionary and entrepreneur.

During his tenure at a major MNO he raised $1.4B in vendor financing from Alcatel, Tellabs, Allen Telecom and Celwave. Dimitrios pioneered and marketed smart, active antennas in Y2000, raising $30 M for an Israeli start-up to finance the product line and roll-out in the US/Europe markets with first fiber-based product deployments in the California Verizon Wireless markets.

In 2012, he secured a contract from Boston’s MBTA with inMOTION Wireless (a company he founded), leading a large team of professionals building a 400-mile private wireless network. He sold the company in 2016 to Broadcast Australia (BAI). 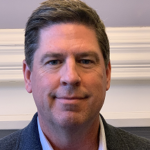 Terry is leading the Sales and Marketing efforts for the Company and currently has under contract over 26,000 locations. Terry has over 20 years of experience in the Cellular and wireless Industries being one of the first Cellular retail resellers with multiple store locations in the Chicagoland area, receiving numerous awards for his efforts from multiple wireless Operators. Terry is also a partner at Xtivity Solutions, a Premier Wireless Integrator (indoor/outdoor systems) specializing in Municipal and Public venue applications. Terry started his career as a First responder network integrator/reseller. Terry received his Business Sales & Marketing Degree from Loyola University in Chicago.

Dr. Guo has recently tenured as the Head Executive and has led a Business Unit at Ericsson responsible for mobile networks, 5G, cloud, IoT, AL-ML and digital transformation. He also served at Syniverse (a Carlyle company) as its Sales VP & Regional GM. Syniverse provides solutions such as mobile Internet, financial clearing and settlement, enterprise mobility services, IP infrastructure and connectivity. George was a founding Member at Neustar, a company providing real-time information and analytics for the Internet, risk, digital performance, and defense, telecommunications, entertainment, and marketing industries, and also provides clearinghouse and directory services to the global communications and Internet industries.
George also served as the Chief of Technical Operations & IT at Lockheed Martin. 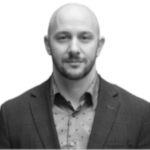 Mike is an expert in the wireless communications field and has recently architected the world’s smallest and cheapest tri-band WiFi-6 + IoT MEC gateway and has led commercialization of indoor & outdoor MEC gateways through mass production. While at Qualcomm he led/designed 15+ small cell HW reference designs for 3G/4G + Wi-Fi, has led/designed world’s smallest Base-station, a USB dongle small cell for 3.5GHz CBRS. Other accomplishments include the HW design for 3G+4G residential small cell with 250k+ deployments and the HW design for world’s first Mirasol tablet, commercial launch in <6 mo. Mike has received his BSEE and MSEE degrees from the University of Delaware. 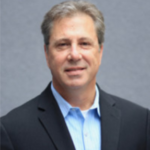 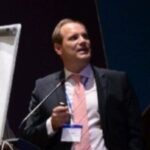 Over the past 20 years, he has managed teams that participated in industry R&D projects and in a record number of EU-funded projects (over 25 in total; 14 just in FP7) with a consortium-wide leading role (including being Technical Manager of 9 major EU projects with a total budget of over 50M€). He has raised over 9M€ in funding (among the top performers in terms of attraction of funding within EU). He has served as a member of the Photonics21 PPP and the 5G-PPP/5G-IA.